A major oil refining company contacted Hive Virtual Plant to accurately capture as-built conditions in a hazardous area, and to create a simulation for removal and replacement of equipment. 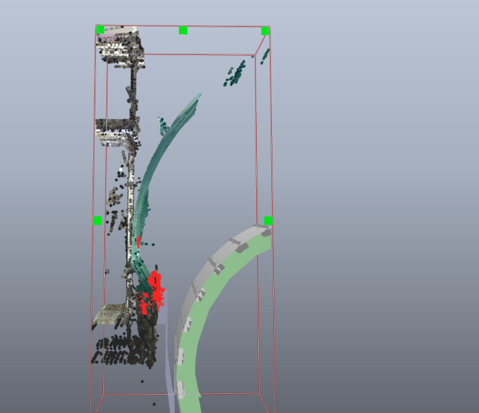 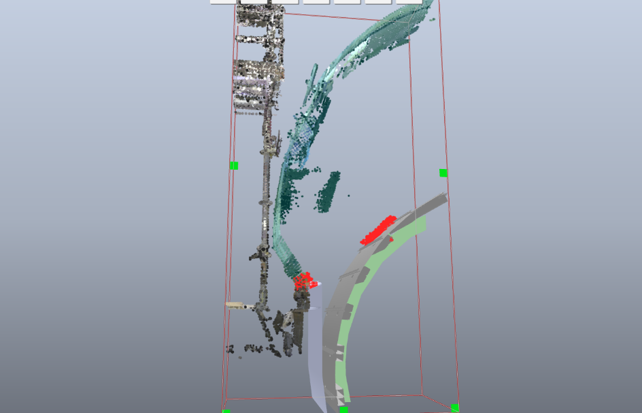 A rotary drum filter located in a hazardous area had reached the end of its useful life and needed to be replaced.  The drum filter and filter hood would need to be removed by lifting it through the roof of the building, however, lack of head space, structural beam and piping interferences made this a tricky maneuver.

Hive VP used the Leica RTC360 high-performance 3D laser scanner and the Leica ScanStation P30 high definition surveying laser scanner to capture highly accurate as-built conditions for the building, and the interior.  This data was then processed using Cyclone Register 360 and uploaded to Cloudworx and integrated into the existing point cloud environment.

An as-built model was created in AutoCad Plant 3D, and a simulation to mimic removal of the drum filter and filter hood was created using Bloom CE.  A clash check was completed, and areas where structure and piping infrastructure made contact were highlighted to ensure only the minimum amount of piping and building members would need to be cut for a smooth lift of equipment.

The investment that Hive Virtual Plant has made in 3D Laser Scanning equipment and software for modeling in the point cloud environment allowed the project to be completed on-time and $100,000 under budget.  This improved work flow also decreased the amount of time personnel were required to work in a hazardous environment manually measuring equipment and building and piping infrastructure to determine where equipment impeded existing infrastructure.

A major company operating in the oil sands contacted Hive Virtual Plant to scan boiler tube bundles that had a history of failure, and to complete a finite element analysis to determine the root cause of the failure. 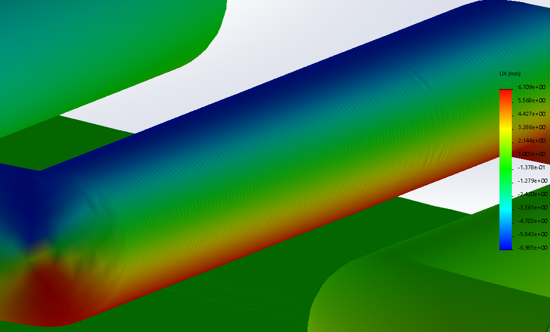 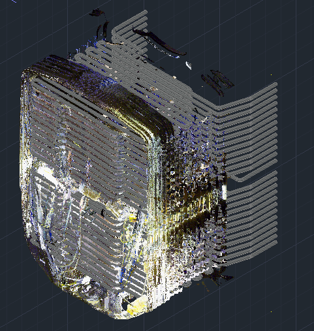 The project involved scanning of a furnace tube bundle that would be shutdown over the holiday long weekend, tube bundles were repeatedly failing, and up to date drawings of the existing bundle could not be located.

Hive Virtual Plant flew a LEICA RTC360 high-performance 3D laser scanner to the oil sands in order to accurately capture the as-built conditions of the boiler tube bundle.  The data was processed using Cyclone Register 360, the boiler tube bundle was modeled in Solidworks, and the model validated with the point cloud data in AutoCad Plant 3D.

A finite element analysis completed in Solidworks showed that the operating temperature of the boiler as per ASME 31.1 was too high for the materials used for both the spacer pipe and the superheater pipe.  This was validated by the crimping and bulging deformations seen in pictures provided by the client.

The client plans to incorporate the key learnings from the finite element analysis for the replacement of tube bundles in five (5) additional boilers.  The change in materials for the tube bundles will help to eliminate future tube bundle deformations and failures and reduce costly downtime and repairs. 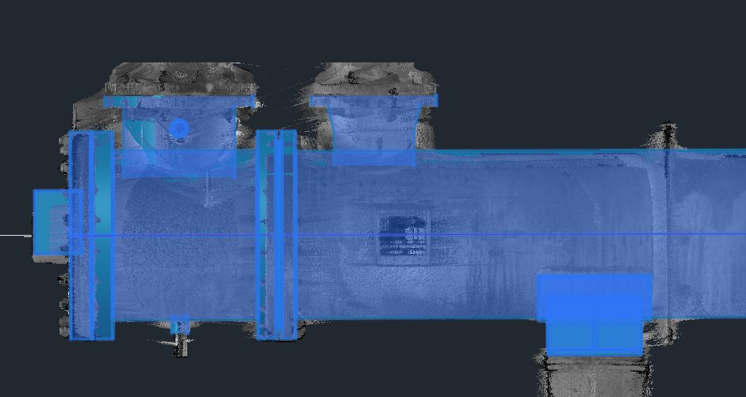 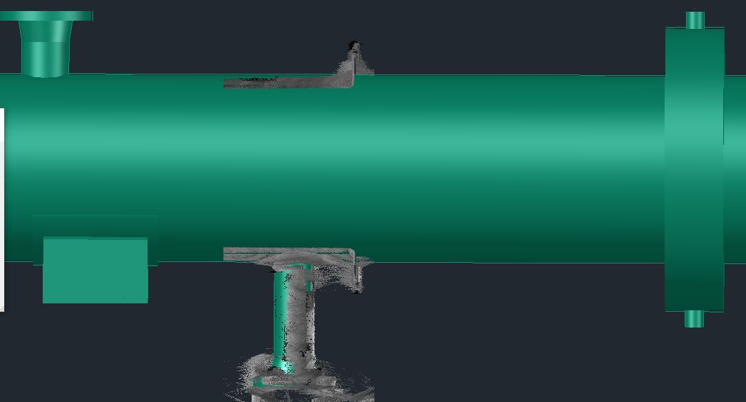 The investment that Hive Virtual Plant has made in 3D Laser Scanning equipment and software for modeling in the point cloud environment allowed the project to be completed with a minimum of downtime related to field required fit work.

A construction group contacted Hive Virtual Plant to scan a waste water treatment site that was under refurbishment. 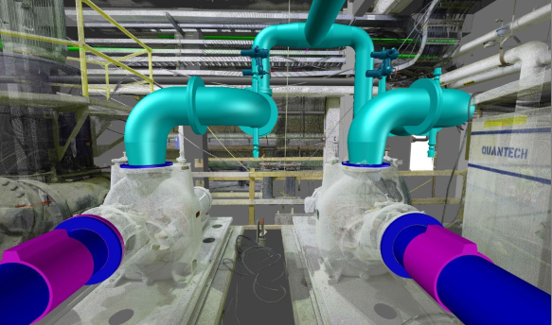 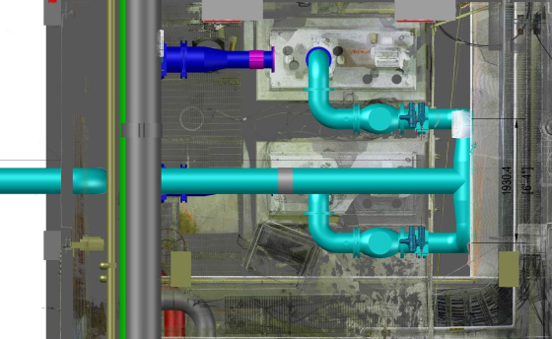 A 3D model of the existing infrastructure was created in AutoCad Plant 3D and overlaid onto the point cloud environment.  A clash check was completed between the existing 3D piping concept model, and new 3D piping design based on the client request.  Potential areas for errors were identified to the client for re-design prior to fabrication.

Scanning, and overlaying an existing model in the point cloud environment allowed Hive Virtual Plant to save the client installation time, and costly re-work by quickly identifying areas where the client would be required to re-work pipe routes, valves, and fittings..

Hive Virtual Plant hosts the as-built plant data in its secure MyHive Digital Asset Management system.  This Digital Twin allows the client to see the plant from their desktop, phone or tablet. 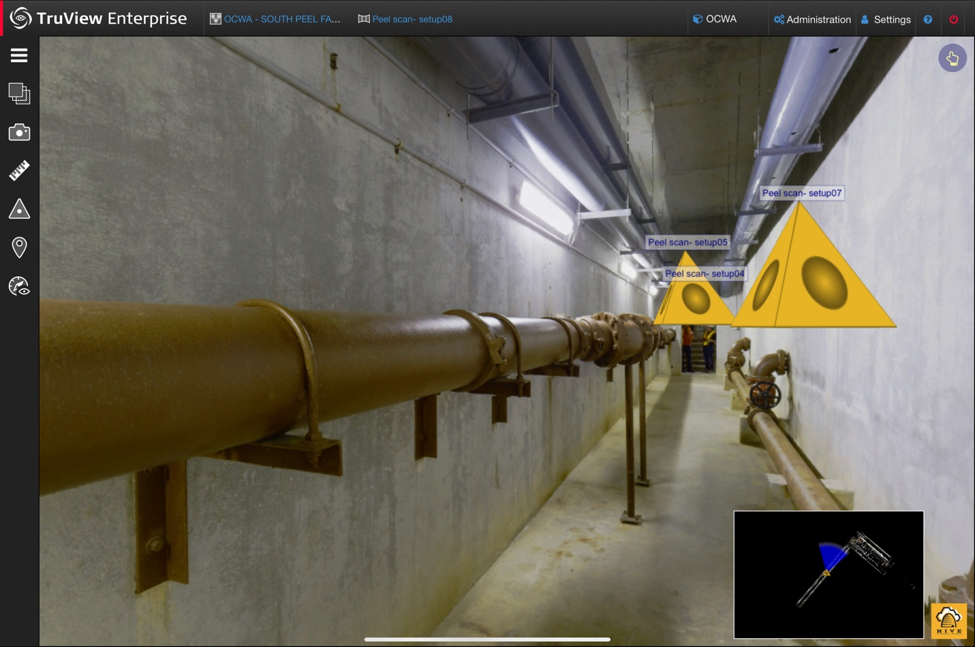 The Digital Twin also allows the client to collaborate on projects with other engineers, maintenance staff, contractors, and operations personnel in the same organization or with their engineering partner company.  The client can geotag equipment, attach documents, or provide links and annotations to the digital plant to show where future work may be performed.  The client can also use the Digital Twin to flag potential issues that require remediation during safety review meetings.

Hive Virtual Plant received a call from a client at 1pm on a Friday afternoon.  During a shutdown a deformation had been found in some piping and the client asked if Hive could come in that day, gather the information required, and provide deliverables that night.  Hive did not hesitate to mobilize the team and was on site at 4pm that evening. 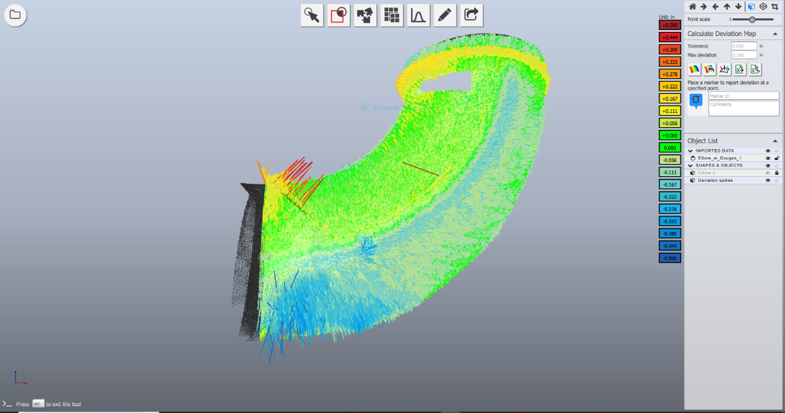 The client was required to adhere to their shutdown schedule and required a quick turnaround.  Could Hive deliver the required end-product in the timeline given?

Using Bloom CE, a perfect geometric model of the pipe was created, and overlaid onto the point cloud.  A deviation map was created and downloaded to excel to determine the magnitude of the deformity so the client could run a finite element analysis (FEA).

Hive’s quick response and lean digital workflow delivered the result required by the client within the timeline the client required.